Bowen Butlin completing scaffold bridge maintenance during an early sunrise on the beautiful Hawkesbury River at Windsor NSW. The original bridge was built for horse-drawn vehicles and foot traffic in 1874 and was replaced in 2020. The new bridge is used by more than 19,000 vehicles daily.

Bowen is a trainee scaffolder doing his traineeship at the TAFE NSW Annandale campus. Bowen’s traineeship takes 3 years to complete, in which time he will complete the Basic, Intermediate & Advanced scaffolding course.

With two lanes southbound and one northbound, the new bridge complements upgraded intersections on both sides of the Hawkesbury River and is located 35 metres downstream of the existing Windsor Bridge.

Scope of work for the Windsor Bridge Replacement Project includes:

Initially built for horse-drawn vehicles and foot traffic in 1874, the current Windsor Bridge is used by more than 19,000 vehicles daily and has reached the end of its project life. 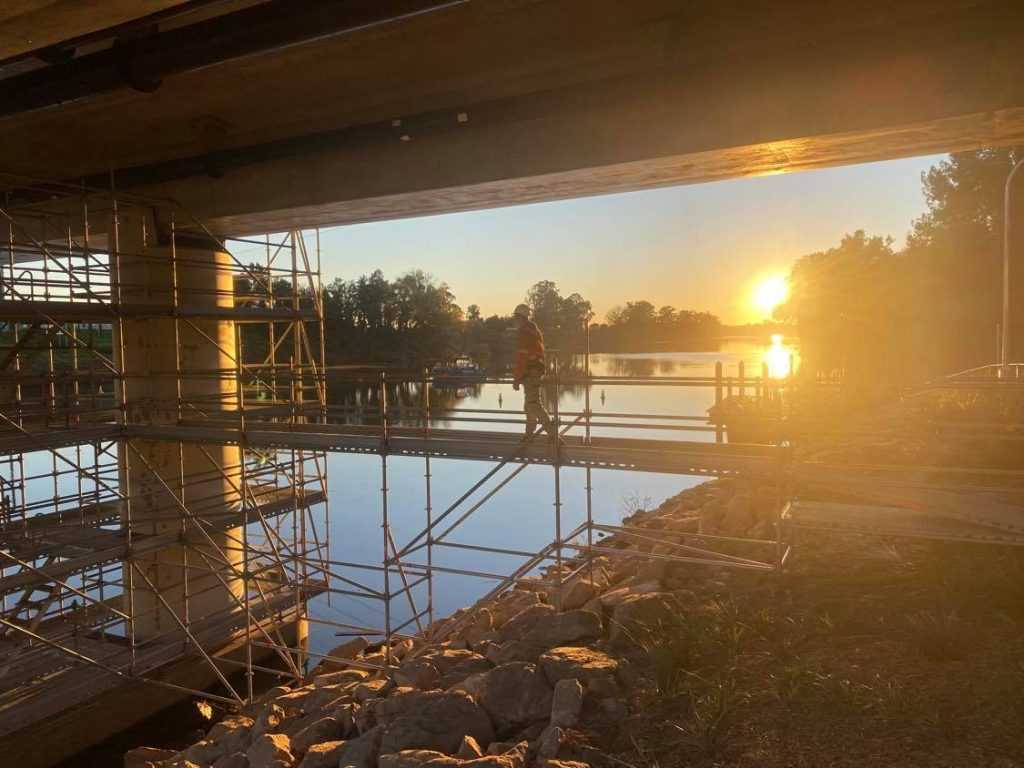